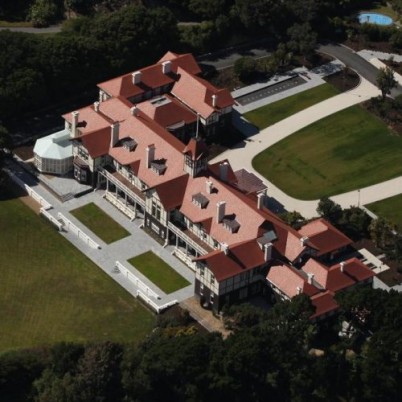 Government House in Wellington has been the residence of New Zealand's Governor-General, the personal representative of the Head of State, Queen Elizabeth II of New Zealand, for almost a century.

In 2005, a preliminary building condition survey identified a number of shortcomings.

The 2006 Budget included funding for further specialist investigations into the condition of Government House and in the 2007 Budget further funding of $2 million was included for obtaining resource consents and completing detailed design for its conservation.

To gain direct understanding of the condition of Government House, a comprehensive condition survey of the buildings and grounds was conducted in early 2007. Several specialists surveyed Government House, the out-buildings and the grounds and particularly examined the internal and external fabric, services, security, structure, and fire systems. These investigations found that Government House Wellington required major work to conserve the building and to avoid service failure, to address life safety issues, to ensure it complied with all appropriate regulatory and statutory requirements, and to make it fit for purpose in the 21st century.

It was decided to reconfigure the House to improve its functionality, and renovate it to preserve the heritage, constitutional and cultural values. Such Conservation would follow best practice for environmentally sustainable design.

The 2008 Budget set aside $47.4 million towards the Conservation Project to be spent over four financial years.  In December 2008, Wellington construction company, L.T. McGuinness was appointed as the lead contractor. In February 2009, in light of the tight economic conditions, the Budget figure was reduced by $4.7 million in February 2009, primarily with the deletion of a proposed visitor’s centre near the entrance to the Government House grounds.

Due to the historic nature of the house, conservation and restoration work is an ongoing process. In 2019, the stained glass windows found at the top of the landing in the Taupaepae were removed and sent to Stewart Stained Glass in Christchurch to be restored. Graham Stewart, whose other projects include restoring the stained glass in the Christchurch Cathedral, completed the delicate task in around 4 months. This same year, the Bledisloe conservatory also underwent significant seismic strengthening.