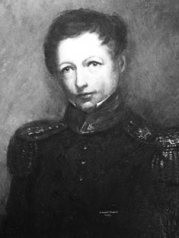 Since 1840, when William Hobson was appointed as the first Governor, the role of the Governor-General has changed as New Zealand has evolved from a dependent colony to an independent nation.

New Zealand became a British Crown Colony on 21 May 1840 with Lt Governor Hobson's declaration of sovereignty over the islands. The declaration followed the signing of the Treaty of Waitangi with 43 Northland chiefs on 6 February and about 500 others in the months that followed. As a separate Crown Colony from 1841, Governors Hobson, Robert FitzRoy and George [later Sir George] Grey ruled personally with the assistance of an appointed Executive Council and Legislative Council.

Representative government was established with the passage of the New Zealand Constitution Act by the British Parliament in 1852, with elections the following year. The newly elected Parliament, which met in Auckland, quickly demanded self-government. This was approved by London in 1854 with elections in 1856 resulting in Henry Sewell being sworn in as the first Premier in May 1856.

With the establishment of responsible government, the Governor's role was reduced, although for a few years he retained control of the army and of Māori affairs. In addition, matters such as diplomatic relations, external defence and honours were deemed to be ‘imperial affairs', and continued to be controlled by London. The Colonial Laws Validity Act 1865 enabled the Governor to refer questionable laws to London for final consideration.

The Governors and early Governors-General were appointed on the advice of the British Government to not only undertake the duties of the Sovereign, but also to represent its interests and those of the Empire. Colonial premiers and prime ministers who wanted to communicate with their British counterparts had to do so through Government House.

New Zealand ceased to be a colony in 1907, when it became a Dominion within the British Empire. Dominion status, however, was more a change of name and did not make New Zealand any more independent from Britain. In 1931, the British Parliament passed the Statute of Westminster which declared that the British Parliament could not make laws for the Dominions of Australia, Canada, the Irish Free State, Newfoundland, New Zealand and South Africa, without their request and consent. The Statute was the result of the Balfour Declaration from the 1926 Imperial Conference. The Declaration said each of the Dominions of the British Empire, while joined by their common allegiance to the British Crown, were equal in status.

That Declaration also changed the role of Governors-General. Instead of simultaneously representing the Sovereign and the British Government, they were now simply the Sovereign's personal representative. However, New Zealand retained Government House as the communication channel between Wellington and London until 1941, and did not adopt the Statute of Westminster till 1947. When New Zealand adopted the Statute, the British Parliament could no longer legislate for this country with the request and consent of the New Zealand Parliament, and with this change the Governor-General formally changed to being solely the Sovereign's representative. Early the following year the New Zealand Parliament passed its first citizenship legislation. The passage of the Constitution Act 1986 removed the last rights for the British Parliament to make laws for New Zealand.

Until the late 1960s, New Zealand Governors and Governors-General were mainly drawn from the British military or minor aristocracy. From the appointment of the first New Zealand-born Governor-General, Sir Arthur Porritt in 1967, the people occupying the office has changed: the first Māori, Sir Paul Reeves in 1985, the first woman, Dame Catherine Tizard in 1990, and the first Governor-General of Indian and Pacific descent, Sir Anand Satyanand in 2006. Their backgrounds have been equally varied, with a number of judges, and a mayor, archbishop, surgeon, diplomat, general, farmer and prime minister.

In the past, foreign ambassadors presented their New Zealand credentials to the Queen; now they travel to New Zealand and present them to the Governor-General. Likewise, Governors-General have, at the request of the Government, increasingly travelled abroad, apolitically representing all New Zealanders at major international events and generally promoting New Zealand interests abroad.

From an agent of a once global empire, the New Zealand Governor-General of the 21st Century is a New Zealander who represents the Head of State in New Zealand, and New Zealand to the rest of the world.