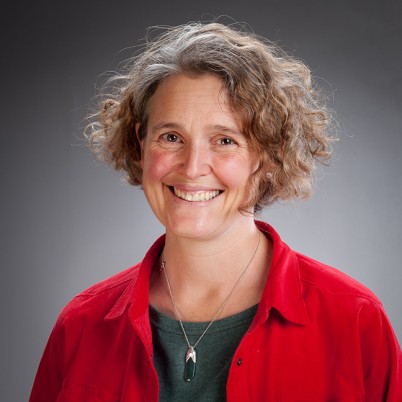 Dr Rhian Salmon was guest speaker at the Zonta Science Awards last night. Her speech was  inspiring, informative and pertinent and deserves to be shared.

The Zonta science award is about celebrating women in science. There are three important words in that sentence – celebrate, women, and science. And arguably, the most important of these is Celebrate.

Celebrations are so important to our cultural and personal identity. We use them to not only remind ourselves of the things that we value, but to actively live those values. We use them to show our value for individuals who are important in our lives – people who have just been born, who have passed away, are making a life commitment to each other, or marking a significant anniversary. We also use them to reinforce national identity – from the haka at the start of an All Blacks game to staying up late to watch Meghan and Harry’s wedding – by participating in these celebrations we actively contribute to keeping these aspects of our culture alive, valued, and relevant. So, too, with an event like today.

The Zonta Club of Wellington didn’t just choose to provide funding for an up-and-coming female science star, it put on a full fanfare to acknowledge this event – in Government House no less! And by all of us coming today to join this celebration, we reinforce the values that underpin this prize. By doing so, we are all doing our bit for reinforcing cultural values that support and acknowledge the role of women, and science, not to mention women in science, in our society.

So let’s move onto the next word: women.

A few years ago I would have wondered if such a prize was really necessary – surely we had got equality by now, I’d have thought.

I was fortunate - I was born into a time and place, a family and community, a generation, and a changing national culture, that encouraged women into science. Girls who were good at science were celebrated at school and strongly encouraged to keep those studies up at University. Whenever I was at a transition, considering my next career stage, I got advice about which doors to knock on, and barely had to knock before they were opened. I’m not saying there was no skill there – just that the system seemed to be excited to welcome more women where opportunity arose. We were still a minority, but at that point a needed and acknowledged, dare I say appreciated, minority. And I thank the generation of feminists before me, men and women, for fighting for and creating that welcoming and fertile ground in which I could grow a successful science career. (Among them I include my parents and my grandparents so tonight I’m deliberately wearing jewellery from both my mother and grandmother to remind me of the role all of us play in this journey.)

Still – we all thought there would be equality by now. It’s 2018! And, thankfully, women in science have, to a large degree, been normalised on a legal and societal level. School and university classes have a much more equal gender balance, women have smashed through almost all the glass ceilings of science, and there is a common commitment by both men and women these days to work towards increasing diversity in the work environment. Completing a degree, or a PhD or a post-doc is still hard…. but we try to make it equally hard for everyone.

I’m not sure if I can yet say the same for establishing a career in research and academia – that it’s equally hard for everyone. Unfortunately, as you move higher up the career ladder, there are still inequalities, glass ceilings, and pay gaps, some of which were highlighted by research published this week by Motu Economic and Public Policy Research.

One of the things I love about Motu is that they summarise every research output with a haiku. The one released this week read as follows:

Being a mother
means decreased hours and wages.
No such change for dads.

And yes, their study found that even highly educated and high achieving, professional, women experience a significant pay gap and slower career progression than men, especially after having children, and even if they return to work very quickly.

The knock-on effect of this is that we still have very few women in senior decision-making positions.  Even though there are now an increasing number of individual superstars like our Prime Minister, the Governor General, and many other amazing pioneers who are in this room – that is still what they are: pioneers. The exception, rather than the norm.

The institutional culture set at these senior levels, therefore – of Boards, of Panels, and of Executive Committees – is largely defined by male-dominated, Pakeha, groups. I genuinely believe that the decisions made by these leadership teams would be fundamentally different if they had more diverse representation – and not just by gender. And since the decisions they make effect all of us in various unseen ways, they in turn define our society today.

The explosion of the #metoo movement this year has also unearthed a particularly unpleasant aspect of the different experiences men and women can have in the workforce. Unfortunately, it’s one that science has also not been immune to. And a reminder to all of us that we need to hold ourselves, our colleagues, our institutions and our norms to account.

Hopefully, many of these inequalities will dissolve as the generations age through the system. But to achieve that, several unspoken obstacles need to be acknowledged, and norms redesigned. Men who choose to stay home to look after kids should be as celebrated and supported – and normalised – as women who wish to stay in the workforce when they have young children. We need to experiment with new ways to allow career success – for both men and women – while working part time or after taking a career break.

Appointment Boards and panels need to take a close look at their own composition and see if they are unwittingly favouring people who look, and talk, and act like themselves. It’s slow work, it’s important work, and it’s work that’s not over yet.

The last word in the trio is science.

Dame Margaret first heard me speak outside Te Papa at the March for Science last year. That was also an event that my former self would never have dreamt might have occurred, been necessary, or been one that I would have spoken at.

To be honest, during the fifteen or so years that I was embedded in the science system, I thought that I thought quite a lot about the value of science in society. But I didn’t think much about how that actually played out. About the mechanisms by which science can inform society, about policy processes, about the appropriate role of science in society. This now forms the foundation of what I do in my day job – I’m an academic in the Science in Society group at Victoria University – and I spend a lot of time thinking about, talking about, and researching the processes that connect science within society. And the more I look at this, the more convinced I am that it’s not the role of science to tell society what to do. Rather, it’s the role of science to inform democratic and wise decision-making about important issues like climate change, river quality, health, conservation, and the potential of new technologies.

In facing these issues, however, we assume that the people doing the deep thinking and policy-making are well-informed and educated, value democratic principles, and value scientific information. It is the last – the value of scientific information – that has increasingly been questioned recently. In New Zealand and overseas, we have had ministers, prime ministers and presidents who see scientific information as just one more opinion in a number of voices they have to weigh up. And sure, while it is one of many factors that need to be considered, I do believe that scientific research outcomes are more than just another opinion. And for me, that is what the march for science was about. It was about reinstating, and reminding ourselves, of the validity and role of science in decision-making.

It seems a funny thing, bordering inappropriate, to be talking about a political protest march, and the #metoo movement – at a celebration like this at Government House, but they’re all connected. By marching with placards, tweeting our support for women around the world, and gathering to celebrate an award that acknowledges women in science, we are reinforcing the values that we believe are important in our society, and the values that we expect to be held up in the future. We are, literally, creating a new future. And, I think, a better future.

As Gandhi is supposed to have said (although I couldn’t find a direct reference anywhere) – Be the change you want to see in the world.

Keeping this in mind, I want to end by acknowledging women in science.

The greatest celebration of women in science is carried out, day in, day out, by women scientists. Women, like our prize winner, who are probably not doing science for political reasons, for feminist reasons, or to prove a point about science and democracy. Rather, they are following a passion to learn more about the world, their particular discipline, and the sub-field within their discipline, right down to the equation, molecule, theory, or species that they dedicate years of their lives to thinking about in more depth than any other person in the world.

The truest celebration of women in science is carried out by these women who walk the talk, who make the most of having the freedom and opportunity to be a scientist, and by doing so actively create the kind of future that we all want to be a part of.

So – while it’s important to step back and look at ongoing inequities between men and women in our society, to be concerned about the role that science has in decision-making, and to publicly acknowledge the work of women in science, like we’re doing tonight, it’s the everyday work of so many women doing science that is the real celebration of how far we’ve come.