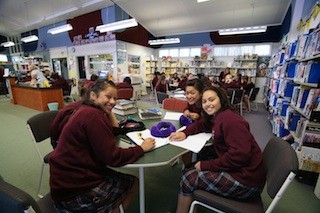 Janine and I take great pleasure in joining with you all to celebrate Rutherford’s 50th Jubilee.  As an ex-pupil of the School – Rutherford Intermediate as it was when I was here – I’m delighted to return for such an auspicious occasion.  For the record, I was at the school in 1966 and 1967.  Mr Ashton was the Principal and he seemed old.  In reality he was probably younger than I am today!

I guess I’m not the only person here who has given thought, over the last day or so, as to what our young selves would think of the grown up versions here this evening.  Certainly I think the 11-year-old me might be more than a little surprised at the career path I chose, and where I ended up!  Sometimes the 58-year-old me is too!  Some people have a very clear idea of what they want to be when they grow up.  To be honest, at the age of 11, I was probably more concerned about my friends, and getting out of the classroom as soon as the bell went so we could get a Patter Tennis court.

One of my enduring memories of being at Rutherford was the huge Patter Tennis Tournaments that took place.  With at least eight courts in play every playtime and lunch time there were epic battles and some of us thought we were quite good!  Then again I also remember that the sun shone every day, something that’s not borne out by MetService records, so maybe distance has given our games a certain lustre they didn’t actually possess.

Now I’m not going to get too nostalgic.  There will be plenty of time for that later on and I’m sure some great stories will come out as the night progresses.  However, when I thought about what I would say tonight, my thoughts coalesced around the people I was here with – friends and teachers – and the things we did, especially those things we shouldn’t have done.  While I’ll talk about people and some of the things I did, I’m in no position to talk about the things I shouldn’t have done!

This weekend is a great time to look back, and it’s also important that we acknowledge the present and how we have been shaped by our time at the school.

There is a tendency for people to think that the time of greatest change for young people is during high school years, but Years 7 and 8, or Forms 1 and 2 as I recall them, are equally as interesting with their own special challenges.  After having children of our own, I’ve learned that eleven, 12, and 13-year-olds no longer consider themselves children, but they’re not quite fully-fledged teenagers either.  They’re much more self-sufficient, but still in need of strong guidance.

And I remember well some of our teachers who gave us that “strong guidance”.  Mr Ashton was the principal and the late Noel Mahoney was my Form 1 teacher and Steve Morgan, who I believe is here tonight, was my Form 2 teacher.  If my memory serves me correctly my French teacher was Mrs Knowles, Mr Rodgers took us for woodwork and Mr Beaumont took us for metal work.  Maybe everyone seemed big when you were only a metre tall, but Mr Beaumont seemed very much like his name – like a big mountain!

Seriously, author and lecturer Denis Waitley said “the greatest gifts you can give your children are the roots of responsibility and the wings of independence” and in my case, it was at Rutherford Intermediate that I got my first taste of these things.  One of my first experiences in leadership was as a school monitor.  I also remember that we were encouraged to participate in all manner of activities – sporting, cultural and academic.

In terms of what was required of us, which was mainly to set a good example, I think that encouragement can be regarded as useful steps on the road to becoming contributors to our society, even a Governor-General.   Our time here offered its own lessons in duty and service.  It was valuable for me in that I realised that endeavour and respect for others were important if you wanted to be considered by others – peers and otherwise - as worthy; and that’s a very powerful thing for a young boy or girl to discover.

I do remember my time at the school and the people I encountered here very fondly.  After all, a school is not just a collection of buildings because people make it come alive.  A school needs pupils and people to teach them.  I see former staff members from my time here this evening.  A wise man once said that a teacher is one who makes himself progressively unnecessary, and until that point is reached, your dedication, skill and enthusiasm are capable of making a very real difference in the lives of those you teach.
Mr Mahoney, Mrs Knowles and Steve Morgan did that for me.  Baden Rowntree, another teacher who was at the school at that time, did likewise for other kids.

To the other teachers here tonight, I’m sure that tonight some of your former pupils will be able to tell you how much of a difference you have made for them.

I have also been thinking about the name of the school, and its namesake, Sir Ernest Rutherford.  He reminds me of our most important scientist - the father of nuclear physics and the first man to split the atom.  There are, of course, streets, buildings and other schools named in his honour all around the world.

To me it’s most appropriate that a school should take his name.  Rutherford was a teacher.  He taught High School in Christchurch before he won a scholarship to study overseas, and for the rest of his life he made a point of mentoring other scientists.  Many of them went on to win great honours, including the Nobel Prize.  That his name continues to be associated with the passing on of knowledge is fitting.

The world has changed dramatically since Rutherford Intermediate opened its doors on the 4th of February 1963.  It was not until 20 July 1969 that man walked on the moon, and money was counted in pounds, shillings and pence until 10 July 1967.  And 1963 was a time when almost all shops shut for the weekend and television only broadcast for 28 hours a week.  In that same vein, I’m sure the young people of Rutherford Junior High would find some of the things the first Rutherford Intermediate pupils studied, exceedingly quaint, to say the least.  I’m sure though that they would see that one thing has remained constant: that the sense of friendship and belonging that come from shared experience provide for great stories.

This weekend we have returned to share that experience and some stories again.  It is a chance to celebrate, an opportunity to say thank you, and a time to revisit the past, if only for a short period.  And while our memories of the school are notably guilded ones – humorous and biased; they remain strong and fond.  I think that being able to celebrate this significant milestone is a testament to the people who have been associated with Rutherford over the past 50-plus years, and especially those who are at the school today.

Congratulations to Rutherford Junior High School on 50 great years.  Here’s to another outstanding 50 - Plus more!