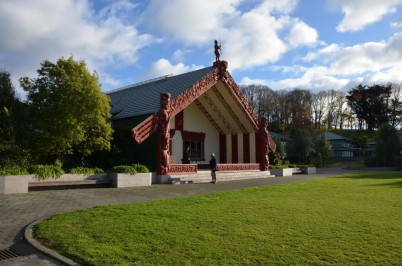 Distinguished guests, teachers and students of the school, who are gathered here, warm greetings to you all.

Thank you for the impressive welcome.  It is a pleasure to visit a school with a strong heart and rich history and strong traditions.  “He kakano ahau i ruia i Rangiatea.”

Te Aute’s reputation for producing great leaders is formidable.  Old boys of the calibre of Sir Apirana Ngata, Maui Pomare and Te Rangi Hiroa (Sir Peter Buck) set a fine example for Maori and non-Maori alike at the start of the 20th Century, and are still regarded highly today.   I’m very much looking forward to spending time with you, the next generation of leaders who will be part of shaping 21st century New Zealand.

This year our country is commemorating a number of important anniversaries. It is 175 years since the Treaty of Waitangi was first signed, when Lt-Governor William Hobson signalled the birth of modern New Zealand with the words “He iwi tahi tātou” – “We are one people”.  It is 150 years since the seat of government shifted to Wellington, a move that gave our nation a new beating heart.  It is 100 years since our New Zealand troops first went ashore at Gallipoli and fought so bravely but so fruitlessly at places like Chunuk Bair.  And it is 40 years since the hikoi led by Dame Whina Cooper arrived at Parliament and helped start the conversation about the obligations, responsibilities and meaning of the Treaty of Waitangi.

These events are defining moments in our national consciousness.  We continue to remember and commemorate them because they marked turning points in our journey as a nation.  They say something about what it is to be a New Zealander and our perception of ourselves as Kiwis.

As well as allowing us to look back, these commemorations allow us to look forward and discuss what nationhood is about. It’s a chance to define what’s important to us.  Things like our national flag for example.

The conversations around deciding what our flag should look like are underway.  A significant majority of the House of Representatives support a conversation.  But this is an issue for all New Zealanders not just our Parliamentarians; it is something we all need to talk about.  All voices and opinions need to be heard.

One of the most powerful statements that I have heard was by a young woman who said that choosing our flag is an important thing it’s not just a branding exercise.

Sir Edward Hamley, a British General and later politician had this to say: “A moth eaten rag, on a worm eaten pole, it does not look likely to stir a man’s soul. Tis the deeds that were done, ‘neath the moth eaten rag, when the pole was a staff, and the rag was a flag.”

Our flag has a history and many New Zealanders consider it to fairly represent our bi-cultural heritage.  My question to you is, does it reflect what New Zealand and New Zealanders stand for today, and tomorrow?

A panel of 12 New Zealanders from all walks of life, age and experience has been appointed to help facilitate a national conversation about the flag.  We are being asked to articulate what New Zealand stands for.  What are our ideals, what do we aspire to be, what do we value?

In essence it is a simple three-worded question -“Who are we?”  Answering it might take a bit of time and involve a lot of thinking, but it is fundamental to our flag.

Nationhood encompasses so much.  As citizens of New Zealand we have certain rights and privileges.  They are matched by obligations and responsibilities.  Like Apirana Ngata and the other great leaders in New Zealand, we all need to think about how we participate as citizens and what our role will be in making New Zealand “good and great”.

E tama mā I’m looking forward to hearing what members of the senior school have to say about our nationhood later this morning.  I want to hear your thoughts on who we are, what New Zealand means to you and how we should represent that to the rest of the world.