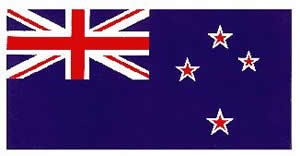 It is a great pleasure for Janine and me to welcome you to Government House Auckland for this garden reception to mark the 173rd anniversary of the signing of the Treaty of Waitangi.   This is the first time we have hosted this reception in the vibrant and beautiful city of Auckland, and on that note, we want to specifically acknowledge: Your Worship Len Brown, Mayor of Auckland, and Mayoress Shirley-Anne Inglis.

Te Tiriti o Waitangi—The Treaty of Waitangi
The Bledisloe Prayer, which Jo Kelly-Moore, Dean of the Holy Trinity Cathedral, has just read, was recited by the Bishop of Aotearoa at the first Waitangi Day in 1934.  The prayer, composed by Lord Bledisloe, spoke of the Treaty of Waitangi as a “sacred compact.”

As an agreement between Māori rangatira and the British Crown, the Treaty had in 1840 established a framework for the government and settlement of New Zealand.  Both Māori and Pākehā had reasons for signing, and for committing to a relationship together.  For me it was about hope—hope for a better future.

As we know, the ink had barely dried on the parchment before there were misunderstandings and disagreements as to what, in effect, the Treaty meant.  There were many subsequent years in which it was considered by some to be a relic, an irrelevance, a nullity.

One hundred and seventy-three years on from 1840, we continue to debate the Treaty.  But now we do so as a nation that recognises its fundamental importance.  In recent years, successive governments have made explicit and constructive efforts to address the inequities of the past, and to compensate for Treaty breaches by the Crown.

I have no doubt that debates will continue.  But the spirit of that “sacred compact”—a new way of two peoples living together—remains integral to Aotearoa New Zealand, and to the nature and texture of our nation, and to our enduring democracy.

And it is together that we pay tribute to our Head of State, the Queen of New Zealand.  This day, 6 February, is the anniversary—by historical coincidence—of the accession of Queen Elizabeth II.  And this particular 6 February marks the end of her Diamond Jubilee year.  As of today, she has been 61 years on the throne—more than a third of the time since the Treaty was signed.

In that period we have continued to develop our own distinctive national character. Whether it is in sport, business, agriculture, the arts, science and the creative industries, or in international fora such as peacekeeping, New Zealanders have repeatedly shown their talent, tenacity, flair and commitment.

That legacy of the new way of doing things was well put by New Zealander and Saatchi and Saatchi worldwide chief executive Kevin Roberts a few years ago when he said:  “We were the last to be discovered and the first to see the light.  This makes us one of the great experimental cultures.  We try things first.  Whether it’s votes for women, the welfare state or the market economy, powered flight, nuclear physics, anti-nuclearism, biculturalism.  First-isms. The New in New Zealand is our reason to exist.”

The contribution of women
As he notes, New Zealand was the first nation in the world to grant women the right to vote in 1893.  In marking the anniversary of the signing of the Treaty of Waitangi, this year we also recall the 120 years since that momentous change, and recognise the contribution women have made to building the nation we call home.

That contribution was recognised when the Treaty was signed.  At a time when British women could not vote and they had little say on important issues, at least 13 women signed the Treaty of Waitangi, the compact that set us on the path of creating New Zealand as a modern nation.  One of the 40 rangatira who signed on 6 February 1840 was Ana Hamu, the widow of the chief Te Koki.   This reflected the status of Māori women as rangatira or ariki.  And when one signature collector would not allow the daughter of a Ngāti Toa rangatira to sign, her husband refused to sign the Treaty, probably because it was an insult to his wife.

Men and women—both Māori and Pākehā—have shared experiences bringing life to our beautiful country.  Those pioneers shared the perilous journey here and shared the experience of living in a sometimes harsh environment.  That partnership has produced a culture which values diversity, egalitarianism, and the well-being of all members of our society.

Within 30 years of the Treaty being signed, articulate women began calling for equal rights with men, and particularly the right to vote.   They included Kate Edger, who became the first woman in the British Empire to receive a Bachelor of Arts degree, from Auckland University College in 1877.

In the 1880s under the leadership of Kate Sheppard, later to become the first President of the National Council of Women, three petitions, each one larger than the one before, were presented to Parliament on women’s suffrage.

When Parliament granted all women—both Māori and Pākehā alike—the right to vote, my predecessor, Governor Lord Glasgow, signed the law on 19 September 1893.   Women cast their ballots for the first time later that year and contrary to the dire warnings of critics, that first election was peaceful and without disturbance.  The following day, Elizabeth Yates was elected Mayor of Onehunga, the first woman in the British Empire to be elected to such a position.  She was congratulated by Premier Richard Seddon and Queen Victoria—although not by all her Council colleagues!

Together men and women have continued to build Aotearoa-New Zealand, as the cultural and legal restrictions on women taking a full role in our society and economy have fallen by the wayside.

And as New Zealanders have served overseas, protecting our nation against tyranny, men and women, Māori and Pākehā, have done this together.  More than 600 New Zealand women served as nurses in both the First and Second World wars and several lost their lives.

Today men and women in the New Zealand Defence Force serve alongside each in all roles, including in peacekeeping missions.  And, as service in Afghanistan has shown, New Zealand men and women have made the ultimate sacrifice in attempting to bring peace to troubled lands.

Not forgetting, of course, the fact that New Zealand has seen women in the highest offices of the land, including as Governor-General, Prime Minister, Speaker of the House of Representatives and Chief Justice.

Suffrage and citizenship
Granting women the right to vote had a wider national and international significance.  It meant that all adult New Zealanders, regardless of their race, religion, gender or wealth, had the right to vote for their representatives: a fundamental pillar of citizenship.

Earlier this afternoon, we hosted a citizenship ceremony here at Government House where 25 people became the newest members of the New Zealand family.   Each one will soon receive a kōuka tree seedling to mark their decision to set down new roots here in Aotearoa New Zealand.

Later this year, they, like all of us, will have the opportunity to vote in local elections and next year in a general election for our House of Representatives. One hundred and twenty years after New Zealand led the world in ensuring that all adults had the right to vote in free and fair elections, each of us has the opportunity to exercise our democratic will.  As Kate Sheppard herself said more than a century ago: “Do not think your single vote does not matter much. The rain that refreshes the parched ground is made up of single drops.”

And on that note, as we celebrate Waitangi Day—our national day—and welcome into the fold our newest New Zealand citizens, we recall the contribution all New Zealanders, men and women, Māori and  Pākehā, and especially women like Kate Sheppard, have made in making our country good and great. Kia ora, kia kaha, kia manawanui, huihui tātou katoa.