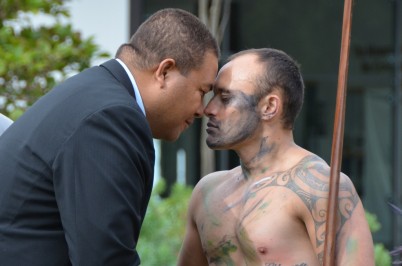 Envoys for Canada, Japan, Singapore, Ghana and Serbia will present their credentials to the Governor-General, Lt Gen The Rt Hon Sir Jerry Mateparae, at Government House in Wellington on Wednesday (Wednesday 15 July, 2015).

The ceremony, which will include a Māori ceremonial challenge and a military guard of honour provided by the Royal New Zealand Air Force, begins at 11am.

The Ambassador of Japan, His Excellency Mr Toshihisa Takata joined the Japanese Ministry of Foreign Affairs in 1976. Since then, he has had a posting to the European Communities, and postings in the Republic of Korea, Thailand and Kenya. More recently he served as the Ambassador in charge of Okinawan Affairs.  Mr Takata is based in Wellington.

The High Commissioner for the Republic of Singapore, His Excellency Mr Bernard William Baker joined the Singapore Foreign Service in 1982. His overseas assignments include postings to Wellington, New Delhi and Vancouver. Most recently he was Singapore’s High Commissioner to South Africa.  Mr Baker is based in Wellington.

The High Commissioner for the Republic of Ghana, Her Excellency Mrs Mercy Debrah-Karikari has an MA in International Affairs from the University of Ghana. A career diplomat, she has had postings in Angola, Germany and Switzerland as well as a term at the United Nations.  Mrs Karikari is based in Canberra.

The Ambassador of the Republic of Serbia, His Excellency Mr Miroljub Petrović has a background in the military, journalism and public relations. He joined the Ministry of Foreign Affairs in 1999 and has had postings in Hungary and Poland. Mr Petrović is based in Canberra.

Media wishing to attend the ceremony at Government House in Wellington must contact Nerina Bennett, Public Affairs Manager, on 021 470 583  by 9am on Wednesday 15 July, 2015.