New envoys to present their credentials 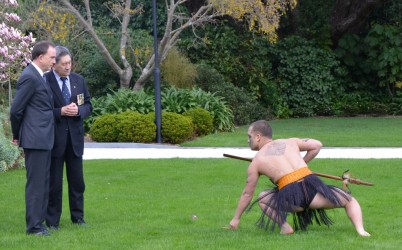 The High Commissioner of Tuvalu, HE Mr Samuelu Laloniu is a graduate of the University of Otago and Victoria University. A former Private Secretary to the Prime Minister of Tuvalu, Mr Laloniu has served as Tuvalu’s Deputy Permanent Representative to the United Nations and as Tuvalu Consul-General in Auckland. Mr Laloniu is based in Wellington.

The Ambassador of the Kingdom of Thailand, HE Mr Maris Sangiampongsa joined the Thai Ministry of Foreign Affairs in 1986. A career diplomat, he has had postings in Brussels and Berlin and served as the Ambassador to Nepal.  Mr Sangiampongsa is based in Wellington.

The Ambassador of France, Her Excellency Mrs Florence Jeanblanc-Risler began her career as a public servant at the French Ministry of Transport in 1984. Since 1992 she has alternated between Paris and overseas postings in Japan, the United States and Canada. Her previous role before coming to New Zealand was as Minister Counsellor for Economic Affairs at the French Embassy in Tokyo. Mrs  Jeanblanc-Risler is based in Wellington.

The High Commissioner for the People’s Republic of Bangladesh, HE Mr Kazi Imtiaz Hossain joined the Bangladesh Foreign Service in 1989. In that time he has served in New York, Kolkata, Geneva and Beijing. Mr Hossain is based in Canberra.